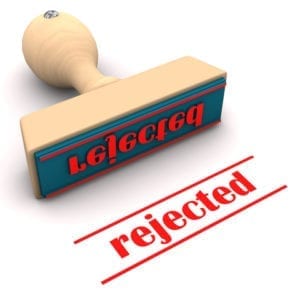 This article lists our 10 Most Rejected Best Selling Authors in Book Publishing who went on to publish after a multitude of rejections by publishers to sell millions of books! Below are some amazing examples of what I believe to be the biggest advantage to Self-Publishing! Think about all the time and trauma writers have gone through to get their book accepted for publication by a traditional publishing house. Think about it—years and years of submissions and rejection letters.

Dr. Seuss’s first children’s book was published in 1937. With no Xerox copy machines in existence at that time, he would have typed his original copy, mailed it to a publisher, and then waited for it in return mail, so he could send it out again. This probably took at least 4 years before he found someone to accept his book for publication!

Even up to 10 years ago, a writer is required to mail their manuscript with a self-addressed return envelope and wait for the publisher to read and return it. When I worked inside a publishing house, as the one who read and returned literally hundreds of manuscripts per week; I know many the manuscripts and rejection letter were not returned from me for 30-60 days! The following Top 10 Rejected Authors in book publishing have another story to tell: 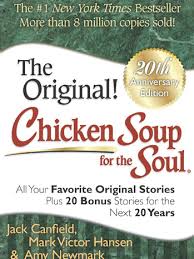 NUMBER 1: Chicken Soup for the Soul, by Jack Canfield and Mark Victor Hansen was rejected 140 times before published. They were too positive, life affirming, and lacking drama, many publishers said. The public responded well to this encouraging series of books. The Series went onto sell over 143 million copies in 37 languages; and topped every best seller list in book publishing.

NUMBER 2: Zen & the Art of Motorcycle Maintenance, by Robert Pirsig, published in 1974, chronicles a 17-day journey across the USA by motorcycle and is a philosophical classic about the meaning of life and the metaphysics of quality. Rejected 121 times—this book has sold over 5 million books worldwide.

NUMBER 3: Gone with the Wind, one of the most classic romances of all times, by Margaret Mitchell was rejected 38 times sold over 30 million copies; and win the Pulitzer Prize in 1937. The 1939 movie made of Mitchell’s love story, which starred Clark Gable and Vivien Leigh, is the highest grossing Hollywood film of all time; factored in was dollar’s value during that time.
NUMBER 4: Dr. Seuss’s first children’s book called “And to Think I Saw it on Mulberry Street,” published in 1937 was rejected 27 or 28 times according to Seuss; others reported up to some 44 rejections. Seuss has stated that he nearly burned the manuscript before its publication after being rejected by publishers. This author later went on to publish 44 children’s books for a total of over half a BILLION books sold! He published a book for every rejection he may have received; sweet revenge for him. 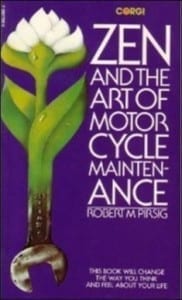 NUMBER 5: Carrie, Stephen King’s first book, was rejected 30 times. ‘We are not interested in science fiction which deals with negative utopias. They do not sell,” one publisher wrote. King did throw it in the trash, but the book was fished out by his wife and King continued to submit it until accepted. A classic in the horror genre, Carrie launched King’s writing career and he published some 50 novels which have sold a total of 350 million copies all told.

NUMBER 6: John Gresham, an author and an attorney, best known for his legal thrillers, submitted A Time to Kill, to 14 publishers and 15 agents before it finally published in 1989; for a total of 31 rejections. We have no stats on how well this first novel sold, but as of 2008, John Gresham has sold over 250 million novels. 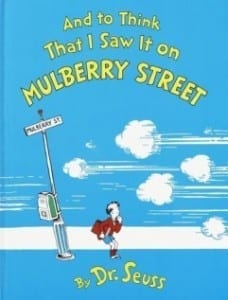 NUMBER 7: An epic science-fiction novel, Dune, published in 1965, was rejected by 23 publishers before being accepted for publication and selling an estimated 12 million copies. Dune is possibly the best science fiction selling book in history having won the Hugo Award for Best Novel in 1966 and the Nebula Award for best science fiction novel. Dune was followed by five sequels, and a film version of the book starring rock star Sting remains a cult favorite.

NUMBER 8: Jonathan Livingston Seagull, by Richard Bach, published in 1970 is a prose narrative about a seagull with a passion for flight who explores the joy of flying as a spiritual metaphor. This novella received 18 rejection letters and went on to sell 30 million copies sold worldwide; and was also made into a major motion picture.

NUMBER 9: Irving Stone’s Lust for Life, a biographical novel of the life of Vincent van Gogh, received one rejection letter that read “a long, dull novel about an artist.” Once accepted, it later sold 25 million copies, although it was reportedly rejected 16 times.

NUMBER 10: Harry Potter and the Philosopher’s Stone, the first in a series of fantasy novels by British Author J. K. Rowling and has sold 450 million books in the series. Harry Potter, fantasy-wizard main character, has inspired the story line for some of the best-selling movies of all time. This first book in the series was rejected by 12 publishers. This book series has been published in 67 languages and is likely to be the highest selling book series in history.
Getting to the finishing line is a lot easier with digital publishing. We are thankful for the technology and the advances that allow us to be creative without going through this time consuming, ego-crushing submission and rejection process. Many really good authors and books have been eliminated by this process.