One in 10 Become Published Authors in Reykjavik 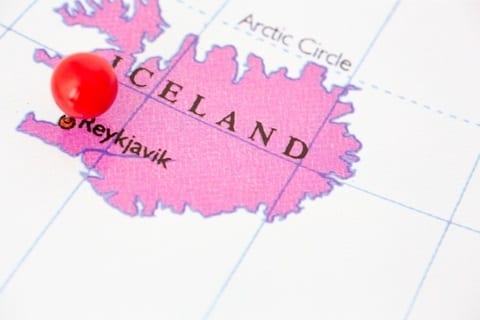 After reporting on the new censorship challenges of the new self publishing giants such as Amazon, Lobo, and Smashwords, I wanted to lighten up. I have no idea what the statistics are in terms of percentage of self-published authors in Iceland, but the general environment sounds like a mecca for writers and published authors, whether publishing through traditional publishing houses, or through self-publishing venues.

Amidst the turmoil of the censorship issue boiling up in the self-publishing industry,  BBC News Rosie Goldsmith writes this enchanting article painting the picture what its like to be a writer in Iceland:

Iceland is experiencing a book boom. This island nation of just over 300,000 people has more writers, more books published and more books read, per head, than anywhere else in the world.

It is hard to avoid writers in Reykjavik. There is a phrase in Icelandic, “ad ganga med bok I maganum”, everyone gives birth to a book. Literally, everyone “has a book in their stomach”. One in 10 Icelanders will publish one.

“Does it get rather competitive?” I ask the young novelist, Kristin Eirikskdottir. “Yes. Especially as I live with my mother and partner, who are also full-time writers. But we try to publish in alternate years so we do not compete too much.”

Special saga tours – saga as in story, that is, not over-50s holidays – show us story-plaques on public buildings.

Dating from the 13th Century, Icelandic sagas tell the stories of the country’s Norse settlers, who began to arrive on the island in the late 9th Century.

Sagas are written on napkins and coffee cups. Each geyser and waterfall we visit has a tale of ancient heroes and heroines attached. Our guide stands up mid-tour to recite his own poetry – our taxi driver’s father and grandfather write biographies.

Public benches have barcodes so you listen to a story on your smartphone as you sit.

“Writers are respected here,” Agla Magnusdottir tells me. “They live well. Some even get a salary.”

Magnusdottir is head of the new Icelandic Literature Centre, which offers state support for literature and its translation.

That is perhaps no surprise in this Nordic nation. But crime novel sales figures are staggering – double that of any of its Nordic neighbours.

So what has led to this phenomenal book boom? I would say it is due to a crop of darn good writers, telling riveting tales with elegant economy and fantastic characters.

First written down in the 13th century, the sagas contain some of the richest and most extraordinary writing of the Middle Ages.

They often depict events known from the early years of Icelandic history, although there is much debate as to how much of their content is factual.

Full of heroes, feuds and outlaws, with a smattering of ghosts and trolls, the sagas inspired writers including Sir Walter Scott, William Morris and WH Auden.

Iceland’s black lava riverbeds, its steaming, bubbling earth, with its towering volcanoes and fairytale streams also make it the perfect setting for stories.

No wonder JRR Tolkien and Seamus Heaney were entranced and Unesco designates Reykjavik a City of Literature.