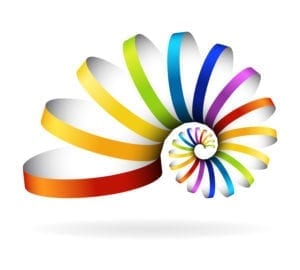 The World Wide Web and digital technology has brought changes to all parts of the globe and nearly every industry. We have gone from film to digital files, from ads in print, radio, and TV to ads on cell phone apps; while just about anything can be purchased online now, including books; with Amazon, tagging itself as “The World’s Largest Bookstore.” In the nineties we experimented with webpages, email and classified ads. After all the experimentation, the web has emerged as one the grandest publishing venues ever. Yet tradition book publishing has lagged, and is one of the last industries to fully embrace the world of digital technology. Photography has gone fully digital (try to find film now); music is completely digital (downloading songs is an everyday thing) and online movies, and video has almost completely supplanted television. There are even online radio stations now! As publishing moves into the digital age, terminology is often confusing. By habit I still call a digital art file a “print layout,” a DVD is still a “tape” in my mind, and a video file is a “film clip!” For longest time I didn’t know what IM meant, and now know it means Instant Messaging. In publishing it’s the same type of confusion. This piece is to define and describe the new digital publishing terms. First we will start with the main terms. 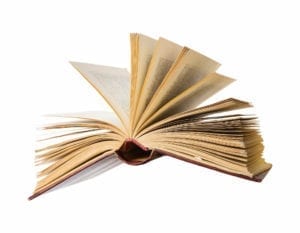 I use this term as an all-encompassing word to include all the following terms. Each of the following terms is a subset of the solo publishing arena. The action of publishing solo includes an author who writes AND publishes their own book; and in the most positive creative way, the author and/or publishing coach produces a book project that has potential to be superior to by traditional publishing methods. This is possible with the level of freedom, creativity, and ability to see the book project as a complete whole. Having said that; solo publishing also makes for the possibility for an inferior product, due to lack of professional services that have not been properly identified, selected, or applied.

So far we have been talking about physical books printed on paper. Electronic books include e-books, Kindle, and other electronic applications where the printed book can be translated into an electronic form for reading on a computer or electronic device. Independent Publishing: Independent publishing includes all those who would publish their book without going through a publishing traditional publishing company. This could be done using short runs books, print on demand, traditional printing, or digital printing. The idea here is that the book project is self-funded and all the profits/royalties go to the person running the project. 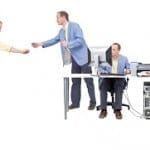 How to Self Publish on Amazon

Don’t miss Ms. Nelson’s 2-minute video entitled “Once Upon a Book,” that explains the print on demand printing process. This is definitely the most exciting development in digital publishing today. When printing and publishing started to go digital the first steps were in the area of the “artwork.” They layout and design of a book page, the typesetting (previously done using a specialized typesetting machine) and other the processes involved to prepare a file for printing on a printing press were film based; everything was prepared for making a negative which was then transferred to a paper or metal plate for the printing press. In the infancy of digital publishing the files were prepared using software and computers. Later digital presses were developed which began to replace the printing press. As digital presses became more sophisticated, it became possible to print just one book, instead of thousands. The cost in setting up the digital file was still high but not nearly as high as setting up a file to print a book by printing press. Large companies such as Lulu and Createspace began to invest in state of the art digital presses than could print one digital book at a time while gang running with other digital book files. Now it is possible to order one book, and the print of demand method can print that one book (along with other digital books) and send it out that day or the next. No longer do thousands of copies of one book need to be printed. All that is necessary is to prepare the digital file and get it approved by a print on demand company.

The digital publishing process, although affordable is highly technical. There are many companies online and offline who have entered this new field and promise to publish for free. In essence there is no free in publishing, it is an expensive venture. There are three parts to book publishing—the writing, the publishing, and the marketing. It is a long journey. A good, knowledgeable publishing coach can save you thousands of dollars by guiding you through the process in a chronological order that makes sense on all different levels. Many first time writers are using publishing coaches to get through the process the first time, and then going solo once they have learned it. Deborah S. Nelson has coaching and taught many first time authors with her self-publishing curriculum; and offers many courses and private coaching. Ms. Nelson teaches an online course called Publish Your Book Blueprint in 3 Days; and in this course you learn the digital publishing process in a weekend. She offers a half hour publishing consulting at no cost to anyone who thinks they want to self publish a book. Click here to apply for a session. 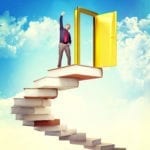 The printing press operates based on film photography which takes a negative of the image to be printed. The negative is made into a paper (for short run) or metal plate and applied to a round drum which then is inked with black ink for black and white production and rolled onto the paper which is then dried and cut into the various finished piece. If the job is to be four-color, there are four plates of the basic color spectrum made (cyan, magenta, yellow, and black) which mimic the color spectrum as seen. Those 4 ink colors are applied to each of the plates and the ink is rolled onto the paper in layers of those 4 colors, and adjusted until the correct amount of each color is applied to the paper. The cost and time involved in setting up a printing project is high. Therefore, once a printing job is ready to run, it makes sense to run the job in hundreds or even hundreds of thousands of copies. The price per piece printed goes down dramatically with higher print runs. Running books would include collating the pages, cutting, and binding into the final version. In the beginning some publishing houses may have owned and run their own printing presses, but not always. Now most publishers hire printing companies who specialize in printing books to do the printing. The publisher is like a general contractor, who finds the talent, manages the intellectual property and creates the final copy of the work in preparation for the printing; and then of course provides the marketing and distribution to bookstores. This of course, takes a large investment of time, money, and other resources. Publishing houses like to find authors who already have an established fan base so their investment is assured of a quick return of their investment.

When a publisher did not want to take a chance on an unknown or someone they considered “not-scholarly,” if the writer was determined they could hire a vanity publishing company to publish their books. Some printing presses have a smaller capacity and the set up situation is less expensive. Some printing companies specialize in running small amounts of books making it possible and affordable to become a published author within a smaller circle of influence. A print run of 1,000 books would be possible on this smaller scale, where many publishing companies start the first print run at a minimum of 10,000-25,000 books in order for the wholesale cost of the books will warrant marketing and distribution efforts involved. Running 1,000 books can be quite an investment and later after expending the massive effort in writing and publishing this handful of books; some self-published authors have found themselves with a garage -full of books, not knowing how to distribute or sell them. Others, such as preachers, speakers, motivational speakers have a large fan base and are able to sell books to a pre-existing audience.

In years before print on demand, and digital publishing, if someone wanted to print a book without being backed by a traditional publishing house, it was called vanity publishing. Certain printing companies specialized in vanity publishing and were referred to as vanity press which involved a short run of books printed. If a book was published by an independent vanity press, the book was considered frivolous, lacking merit, and shunned by the publishing and scholastic community; with the implied idea that it was only for the author’s ego that the book was published. This attitude was perpetuated by the old school publishing companies and was pure snobbery and an attempt to own the publishing market by vanishing, intimidating, and insulting those with any other publishing solutions, besides theirs. Want your Own copy of The Dictionary of Publishing Terms? [aio_button align=”center” animation=”flash” color=”red” size=”small” icon=”none” text=”DICTIONARY OF SELF-PUBLISHING TERMS” relationship=”dofollow” url=”http://eepurl.com/DLql1″]